For the consultation, please write to us at: admin@theprofessionaltimes.com

Recession is a word which has been regularly featuring these days on all kinds of media.

Experts have been talking about a likely global recession. How much Indian investors should be concerned about this and how should one tide over such a phase?

Recession phases generally see the stock markets correcting by about 20% or more which generally is a worry for investors more particularly investors who hold equity-oriented investments.

Globally while many experts see recession in the vicinity, equally most experts see India in a relatively comfortable position. What is giving so much comfort in favour of India?

Here are a dozen facts which give an edge to India:

Does this score of facts giving solace to India mean that you can relax ignoring the fear of recession?
Watch this space to know the answer for this … 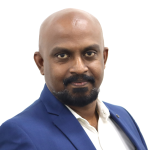 Krishna is a Wealth Management professional with 23 years of experience across Wealth Management, Investment & Insurance Advisory, Private Banking and Retail Banking. He has formerly handled key positions with leading organizations like ICICI Bank, Emkay Global, Cholamandalam and Indianivesh. He has done several sessions on Wealth Management for employees of leading corporates and addressed several investor seminars. He has also appeared in all the leading Channels in Tamil regularly to speak on various Investment and Insurance related programs apart from having authored several articles for Personal Finance Magazines.

S for saving, I for investing; School kids run their own bank to learn about finance 1